Urticaria or hives is a skin eruption that can be triggered by many substances or situations and usually starts as an itchy patch of skin that turns into swollen red welts. The itching may be mild to severe. Urticaria may cause a burning or stinging sensation.

Such lesions may be restricted to a small area located anywhere on the body, or may appear nearly all over the body.

Scratching, alcoholic beverages, exercise and emotional stress is known to worsen the itching.

Each lesion, however, as a rule, disappears within a few minutes or at the most 24 hours even without any treatment.

The number of the lesions depends upon the severity of the attack.

Most cases of acute urticaria are self-limited and last rarely more than several days, it but may be recurrent over weeks.

Chronic urticaria is defined as urticaria with recurrent episodes lasting longer than 6 weeks.

Urticaria is known to affect 15-25% of the population, the incidence being higher in persons with atopy.

Urticaria most commonly occurs in children and young adults.

Some patients can have both urticaria and angioedema,.

[Angioedema, is the rapid swelling of the dermis, subcutaneous tissue, mucosa and submucosal tissues. Urticaria, commonly occurs in the upper dermis]

Urticaria can occur as an isolated condition or it can develop as a preceding event to an anaphylactic reaction which if present is a medical emergency and could be life-threatening.


Urticaria is caused by the release of histamine, an inflammatory mediator. Following substances are also released

Release of these substances causes extravasation or leaking of plasma into the dermis, leading to the urticarial lesion.

Itching is caused by histamine released into the dermis.

Histamine receptors, the H1 and H2 receptors, are present on many cell types.

It can be caused by several mechanisms

Urticarial transfusion reactions occur when allergenic substances in the plasma of the donated blood product react with preexisting IgE antibodies in the recipient.

Opioids, vecuronium, succinylcholine, vancomycin and some radiocontrast agents cause urticaria due to mast cell degranulation through a non-IgE-mediated mechanism.

For some cases of urticaria, especially chronic urticaria, no cause can be found, despite exhaustive efforts.

Certain venoms may cause urticaria.

Radiocontrast media sensitivity is not related to iodine, fish, or shellfish allergy.

In most of these cases, the urticaria is produced by means of an antigen-antibody reaction, but sometimes some drugs like salicylates, polymyxin B, morphine and curare which can degranulate the mast cells, may produce urticaria by non-allergic mechanisms as well.

Urticaria due to drugs is usually of short duration, occurs at irregular intervals whenever the drugs is taken and usually has long remissions in between.

It disappears soon after the drug is withdrawn, but that due to penicillins and salicylates is likely to persist for a few weeks even after further administration of the drug is stopped.

Articles of food such as meat, fish, egg, milk, wheat, rice, pulses, nuts, or potato which contain a significant amount of proteins can be responsible for urticaria. The attacks of urticaria in such cases may occur regularly after one or all meals or the frequency of such attacks may vary from several attacks throughout the day to one attack in several days depending upon the frequency with which the causative food is ingested.

Sometimes urticaria may be caused by condiments or other food additives.

A large number of substances such as pollen, fungal spores, fragments of insects and human and animal dander present in the dust can enter the body through the respiratory tract by means of the air that an individual breathes and be responsible for urticaria.

Some episodes of urticaria are associated with an infection somewhere in the body, which disappear when the infection is treated. In some other cases, the infection may be subclinical but the focus of bacterial infection can from time to time, release bacterial antigens in the circulation and lead to attacks of urticaria.

Such foci may be present at different sites in the body such as tonsils, paranasal sinuses, teeth, bones, kidneys, gall bladder etc. The attacks can occur at any time of the day and vary in frequency from several attacks in a day to one attack in several days depending upon the frequency with which the antigen is released into the circulation.

There may be no clinical evidence of infection.

The only proof of the bacterial etiology of urticaria in these cases lies in the disappearance of urticaria on treatment with antibiotics or on surgical eradication of the focus of infection.

Many of the parasites which live in the gastrointestinal tract, pass through the skin and/or lungs during their larval stages and result in urticaria.

Urticaria due to cold occurs in two forms

Familial cold urticaria is extremely rare, manifests with huge urticarial swellings along with fever and leucocytosis on exposure to cold and occurs in families.

Acquired cold urticaria is similar to urticaria due to other causes.

Winters, cold winds after the rains, cold water drenching, intake of ice-cold food or drink, or even touching or holding cold objects may precipitate the attack.

Some patients develop urticaria on being exposed to heat from the kitchen fire, ovens, stoves, room heaters or even from exposure to the sun. The term cholinergic urticaria is used for those cases in which the attacks are precipitated on exposure to heat from sunlight or other sources, physical exertion and emotional tension.

Solar urticaria is different from heat urticaria. The patient reacts only to sunlight and not to heat from other sources.


This is provoked during sweating events such as exercise, bathing, staying in a heated environment, or emotional stress. The hives produced are typically smaller than classic hives and last for short time.

Urticaria can also be precipitated by emotional upsets such as waiting for an interview or an examination or during a bout of anger or depression.

Prolonged pressure, as from a tight belt, strap of a brassiere elastic band of the socks, watch strap, sitting or standing on a hard surface for a long time or other similar objects may lead to urticarial wheals. In such cases, the pressure has to be maintained for several hours and the urticaria occurs only at the area subjected to the pressure and after the pressure has been released.

This type of urticaria can occur right away, precisely after a pressure stimulus or as a deferred response.

Firm stroking of the skin with a blunt object results in the triple response of Lewis in almost every normal individual, but some patients develop urticarial wheals even with light stroking of their skin.

Dermatographic urticaria or as dermatographism or skin writing is marked by the appearance of weals or welts on the skin as a result of scratching or firm stroking of the skin.

The skin reaction usually becomes evident soon after the scratching and disappears within 30 minutes. A dermographism is a common form of chronic hives.

Dermographism is diagnosed by taking a tongue depressor and drawing it over the skin of the arm or back. The hives should develop within a few minutes. Unless the skin is highly sensitive and reacts continually, treatment is not needed.

This form of the disease occurs on areas of the skin exposed to the sun, the condition becomes evident within minutes of exposure.

This type of urticaria is also termed rare and occurs upon contact with water, usually within 1-15 minutes.

It can be diagnosed by dabbing tap water and distilled water to the skin and observing the gradual response.

Papular urticaria is a variation of urticaria caused by insect bites

Inflammation of the blood vessels, or vasculitis, can also cause hives. These hives are more painful than itchy, may leave a bruise on the skin and often last more than a day

Presentation – Symptoms  and Signs of Urticaria

Symptoms of urticaria can last anywhere from minutes to weeks. Chronic cases last even longer.

Urticaria presents as wheals which are raised areas surrounded by a red base. They can appear anywhere on the surface of the skin.

Itching and rash are the primary manifestations of urticaria, and permanent hyperpigmentation or hypopigmentation is rare.

Lesions commonly last 20 minutes to 3 hours, disappear, and then reappear in other skin areas. Individual lesions fade within 24 hours.

An epidsode of urticaria often lasts 24-48 and rarely up to 6 weeks.

Painful urticaria, lasting more than 24 hours is likely to urticarial vasculitis. These are palpable and purpuric may lead to residual hyperpigmentation.

Wheals may be pinpoint in size or several inches in diameter. They are raised itchy bumps, either red or skin-colored. On pressing, blanching occurs (the center of a red hive turns white)

The lesions in delayed pressure urticaria can last up to 48 hours.

An assessment of recent exposure and effort to find the same should be done. Sometimes it is straightforward whereas other time it requires both clinician and patient to find the trigger.

A thorough history, with detailed history of activities, food and travel is a must for finding the trigger.

On examination, the lesions should be differentiated from angioedema. Angioedema is swelling tissue beneath the dermis of the skin. It is a serious condition and the following symptoms may indicate angioedema.

It is done on skin biopsy of urticaria lesions, and may be divided into the following categories, as the response to treatment could be different:

Acute urticaria is generally diagnosed based on detailed patient history and physical examination.

Laboratory and imaging studies are generally not indicated. Screening for streptococcal antigen may be indicated in children.

Selected allergy tests can be performed if food allergy or stinging insect hypersensitivity is suspected.

Routine allergy testing with a large battery of screening tests is not recommended.

The physical urticaria can be confirmed with physical challenge tests. These involve the application of the suspected stimuli

A diagnostic skin should be considered if lesions do not resolve in patients suspected of having urticarial vasculitis.

If the cause of hives can be identified, the best treatment is to avoid the trigger or eliminate it:

First generation H1 antagonists can be considered where there is a problem with the use of second-generation drugs.

In some instances of acute or chronic urticaria, antihistamines may fail, even at high doses, or adverse effects may be problematic. In addition, mediators other than histamine may be involved. In such situations, corticosteroids can be highly effective. Steroids may also be used in urticarial vasculitis, which usually does not respond to antihistamines.

Examples of corticosteroid preparations are prednisolone and methylprednisolone.

Because of the adverse effects of chronic or recurrent use of systemic corticosteroids, the long-term use of these agents should be avoided, when possible.

Sympathomimetic agents cause vasoconstriction and reduction in vascular dilation, which contributes to urticaria formation.

The efficacy of epinephrine in acute urticaria is controversial. If angioedema is present with urticaria, epinephrine should be administered.

Cyclosporine, IV gammaglobulin and plasmapheresis can be considered in severe urticaria that is unresponsive to medications.

Colchicine and dapsone have also been reported to be useful for refractory urticaria and urticarial vasculitis.

Antileukotriene like montelukast and zafirlukast agents can provide a synergistic response when used in conjunction with antihistamines.

Immunosuppressants like cyclosporine, tacrolimus, sirolimus, and mycophenolate are generally reserved as the last line of therapy for severe cases as their use is associated with serious adverse effects.

Tricyclic antidepressants have been used in the treatment of allergic reactions, especially urticaria.

The prognosis in acute urticaria is excellent. Most of the cases resolve within days.

Hemochromatosis is a condition characterized by the excessive storage of iron in the body. The condition is also known as iron overload.Primary … END_OF_DOCUMENT_TOKEN_TO_BE_REPLACED 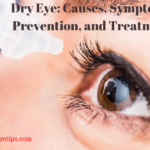 Dry eye is a condition in which the eyes don’t produce enough tears for adequate lubrication of the eyes. It is a very common condition, particularly … END_OF_DOCUMENT_TOKEN_TO_BE_REPLACED 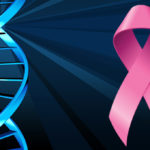 BRCA gene mutations are mutations that occur in BRCA genes. These are … END_OF_DOCUMENT_TOKEN_TO_BE_REPLACED 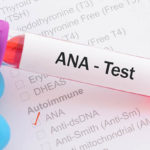