Scars is an area of fibrous tissue (fibrosis) that replace normal skin after injury. Scarring is a natural part of the healing process. Almost every wound except for those that are very superficial,  every wound results in some degree of scarring. This includes surgical wounds as well.

Scar formation generally depends on the depth of the wound and length of time wound takes to heal.

A scar is the inevitable consequence of wound repair. The final phase of wound repair is the process of remodelling and scar maturation.The fibroblasts, capillaries, glycosaminoglycans, and immature collagen of granulation tissue and the newly healed wound are replaced by relatively acellular, avascular scar tissue composed of mature collagen with scattered fibroblasts.

This biological process is mani­fested by a change in appearance of the scar from a red, raised, firm, contracting, perhaps itchy nodule to a pale, flat, softer, static, symptomless plaque of mature scar.

The rate at which any given scar passes through this process can vary widely depending on the age of the individual, the site of the wound, the time the wound took to heal, the direction of the scar and the tension across it.

Formation of scar can take many months, or years in some cases.

The scarring is created by fibroblast proliferation a process that begins with a reaction to the clot.

The fibroblast involved in scarring and contraction is the myofibroblast, which is a specialized contractile fibroblast.

There are many types of adverse scar , many of which can be avoided or prevented by correct incision planning and adequate wound management. Some types, however, cannot be prevented and are unpredictable in their occurrence

Most scars are hypopigmented, but hyperpigmentation can also occur.

There are some ideal lines in body called Langer lines. anger’s lines, Langer lines of skin tension, or sometimes called cleavage lines, are topological lines drawn on a map of the human body. They correspond to the natural orientation of collagen fibers in the dermis, and are generally parallel to the orientation of the underlying muscle fibers.

The Incisions that pass along ideal lines are more likely to leave acceptable scars.

Similarly, when a scar crosses the junction between distinct anatom­ical features, such as the vermillion of the lip, misalignment can result in conspicuous adverse scars.

Scars from excisional wounds on the trunk and limbs often stretch. Steps to avoid excessive tension across the wound will be rewarded with narrower scars.

Contraction occurs in the last phase of wound healing and continues in the remodeling phase of scar maturation. Where a linear scar crosses a flexor surface this shortening may result in a scar contracture. Due to extensive scarrinf involved burns often cause contractures.

This happens when wound edges are not anatomically aligned in the vertical plane or where a bevelled cut is not repaired accurately there. This is avoidable by an accurate wound repair

Sometimes, when a curved laceration heals, the scar shortens and that portion of skin within the concavity of the curved scar tends to become raised. This problem is known as trapdooring or mushroom­ing.

In some cases, the remodelling phase is longer than usual. This leads to hypertrophy of scars due to excess collagen produced.

Clinically these scars are red, raised, itchy and tender. Such scars will eventually mature to become pale and flat.

Hypertrophic scars typically occur in wounds where healing was delayed, perhaps where complications such as infection or dehiscence occurred.

Keloid represents an extreme overgrowth of scar tissue that grows beyond the limits of the original wound and shows no tendency to resolve.

These are biologically identical to hypertrophic scars. Keloid scars are more frequent in Afro-Caribbean and oriental races.

They are more common in certain sites such as the central chest, the back and shoulders and the ear-lobes.

Intralesional injections of steroids such as triamcinolone can be helpful. Some may be needed to treated surgically.

Lichen planus is an itchy eruption characterized by papular, purple (violaceous color), polygonal lesions which are located on distal extremities but … END_OF_DOCUMENT_TOKEN_TO_BE_REPLACED

A migraine is a neurological condition that can cause a moderate or severe headache. It is felt as throbbing pain, usually on one side of the … END_OF_DOCUMENT_TOKEN_TO_BE_REPLACED 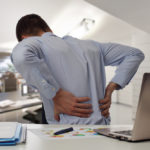 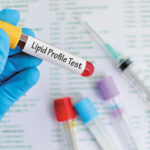