A migraine is a neurological condition that can cause a moderate or severe headache. It is felt as throbbing pain, usually on one side of the head. It may be accompanied by nausea, vomiting, and extreme sensitivity to light and sound. A migraine attack can last for hours to days. The pain can be so […] 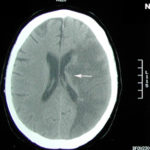 Cerebral edema is a life-threatening condition where there is an increase in fluid in the brain tissue. Swelling or edema is part of inflammation. It is a natural response of the body to injury and can happen anywhere. But when it happens in the brain, it poses a unique situation. Being enclosed in the skull, […]

Vagus nerve stimulation is a medical procedure that delivers electrical impulses to the vagus nerve. Currently, it is used for some types of intractable epilepsy and depression that does not respond to the treatment. Some countries also allow its use for the treatment of chronic pain. The vagus nerve is the tenth cranial nerve and […]

Central pontine myelinolysis is a concentrated, frequently symmetric, noninflammatory demyelination within the central Basilar part of pons. In at least 10% of patients with central pontine myelinolysis, demyelination also occurs in extrapontine regions, including the mid brain, thalamus, basal nuclei, and cerebellum. The exact mechanism that strips the myelin sheath is unknown though the proposed […]

Nausea is an uncomfortable sensation of an urge to vomit. It is the … END_OF_DOCUMENT_TOKEN_TO_BE_REPLACED