You are here: Home / Oncology / Lipoma Presentation and Treatment

More than half of lipomas encountered are subcutaneous in location. Subcutaneous tissue of the trunk, nape of the neck and the limbs are the most common sites for subcutaneous lipomas.

Lipoma presents as a soft, lobulated mass enclosed by a thin, fibrous capsule.

Lipomas occur in 1% of the population.

Mainly there are three varieties

This is a rare variety and does not possess the typical features of lipoma, hence it is often called pseudolipoma. It is seen in the subcutaneous and intramuscular tissues of the neck. It is not a typical tumor but an overgrowth of the fat in this region.

It does not possess the capsule which is typical of a lipoma. It gives rise to a disfiguring swelling at the neck.

Presence of multiple lipomas is also called lipomatosis. The tumors remain small or moderate in size and are sometimes painful as these often contain nerve tissue and are called neurolipomatosis. These are mostly seen in the limbs and in the trunk.

Dercum’s disease (adiposis dolorosa) is a variety of this condition in which there are tender lipomatous swellings particularly affecting the trunk.

This is the commonest variety. Although any part of the body can be affected, yet it shows a particular tendency to occur in the back, nape of the neck and on the shoulders. Subcutaneous lipoma is usually sessile but occasionally may become pedunculated. The characteristic features of such lipoma are described below.

Lipoma may occur under the palmar or plantar fascia and is often mistaken as tuberculous tenosynovitis. Such lipomas may also occur in the areolar layer under the epicranial aponeurosis in the scalp. Subfascial lipoma can be confused with a dermoid cyst, particularly so, as such lipoma may also erode the underlying bone as the dermoid cyst. Treatment is urgent excision of the tumor.

Such lipoma occurs between the adjacent muscles and becomes firmer on feel when the adjacent muscles contract. Mechanical interference with the action of the muscles is often complained of. Fibrosarcoma is also common in such a situation and is difficult to differentiate from this condition clinically. Intermuscular lipoma is mostly seen in the thigh or around the shoulder. Treatment is early excision as it is difficult to differentiate from fibrosarcoma.

This is rare and is sometimes found beneath the pleura or peritoneum. When it is beneath the pleura, it presents as a benign thoracic tumor. Retroperitoneal lipoma is also rare and is often misdiagnosed as hydronephrosis, pancreatic cyst or teratomatous cyst. A retroperitoneal lipoma may attain a big size. Very occasionally, one may find a lipomatous mass rather than a lipoma at the fundus of the sac of a femoral hernia. This is a condensation of extraperitoneal fat rather than a typical lipoma.

It occurs inside the joint and is extremely rare.

Such lipomas occur deep to the synovial membrane in the fatty pad. It is seen in the knee joint. In this case, it is often confused with Baker’s cyst or bursitis.

It occurs under the periosteum of a bone.

This is a type of spinal tumor. Intracranial lipoma does not occur as there is no fat in the extradural tissue within the skull.

There are 3 glands in which a lipoma may be seen (i) the breast (ii) the pancreas and (iii) under the renal capsule.

Presentation of Lipoma – Symptoms, and Signs

Lipoma often does not cause any symptoms. In cases of subcutaneous lipoma, a concerned patient may present with a nonpainful, palpable or visible swelling.

Symptoms in other sites depend on the location

On examination, subcutaneous lipoma is a soft to firm swelling and the overlying skin is freely mobile. When one gently slides the fingers off the edge of the tumor, the tumor is felt to slip out from under. This is called slip sign or slippage sign.

Plasma D-dimer level could contribute to the differentiation between lipoma and well-differentiated liposarcoma.

In this, a fine needle is inserted inside the swelling. The material aspirated is spread on a glass slide which is then stained and examined under the microscope. FNAC of lipoma reveals fragments of mature adipose tissue in a background of fat spaces and fat vacuoles. The test can be performed not only on swellings which are visible and palpable but also on those which are within the internal organs (Ultrasound or Ct guided FNAC)

No imaging studies are required in most subcutaneous lipomas.

Lesions in the gastrointestinal tract may be visible on contrast studies.

Lipoma appears as a soft mass with variable echogenicity.

Heterogenous echotexture or large size may raise the suspicion of liposarcoma.

CT shows low attenuation though it cannot reliably differentiate between lipoma and liposarcoma.

MRI is the imaging choice for lipomas and also to differentiate it from liposarcoma.

A part or whole of the swelling is excised and then examined by a pathologist under the microscope. It is the gold standard investigation to reliably distinguish between lipoma and liposarcoma.

Lipomas are not amenable to any drug treatment. They need to be removed if required.

Lipomas are removed for the following reasons:

Lipomas must be removed through an extracapsular plane along with the capsule to avoid the risk of recurrence. In the case of large lipoma or suspicious lesions, a biopsy must be done to confirm/rule out the diagnosis.

In case of gastrointestinal tract, endoscopic removal can be done if feasible, otherwise, surgical removal may be done

For unusual locations, the method of removal must be according to site and approach of the tumor.

Lipoma carries an excellent prognosis. Recurrence is uncommon unless the excision was incomplete.

A dermoid cyst of skin is a cyst which lies deep to the skin and is lined by epithelium similar to that of skin (epidermis). So a dermoid cyst can be … END_OF_DOCUMENT_TOKEN_TO_BE_REPLACED

Neurosteroids or neuroactive steroids are steroids synthesized within … END_OF_DOCUMENT_TOKEN_TO_BE_REPLACED

A tumor is a mass of abnormal tissue.The female breast is composed … END_OF_DOCUMENT_TOKEN_TO_BE_REPLACED 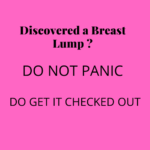